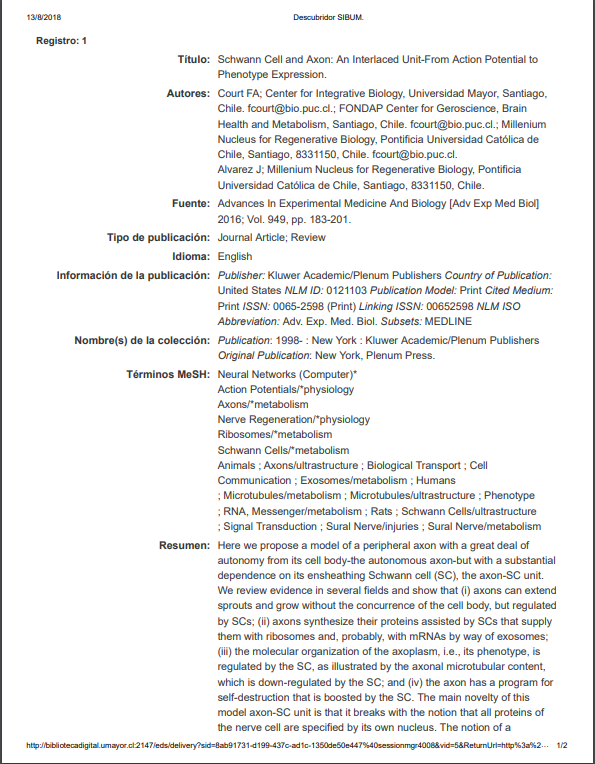 Here we propose a model of a peripheral axon with a great deal of autonomy from its cell body-the autonomous axon-but with a substantial dependence on its ensheathing Schwann cell (SC), the axon-SC unit. We review evidence in several fields and show that (i) axons can extend sprouts and grow without the concurrence of the cell body, but regulated by SCs; (ii) axons synthesize their proteins assisted by SCs that supply them with ribosomes and, probably, with mRNAs by way of exosomes; (iii) the molecular organization of the axoplasm, i.e., its phenotype, is regulated by the SC, as illustrated by the axonal microtubular content, which is down-regulated by the SC; and (iv) the axon has a program for self-destruction that is boosted by the SC. The main novelty of this model axon-SC unit is that it breaks with the notion that all proteins of the nerve cell are specified by its own nucleus. The notion of a collaborative specification of the axoplasm by more than one nucleus, which we present here, opens a new dimension in the understanding of the nervous system in health and disease and is also a frame of reference to understand other tissues or cell associations.