Positive HER-2 protein expression in circulating prostate cells and micro-metastasis, resistant to androgen blockage but not diethylstilbestrol 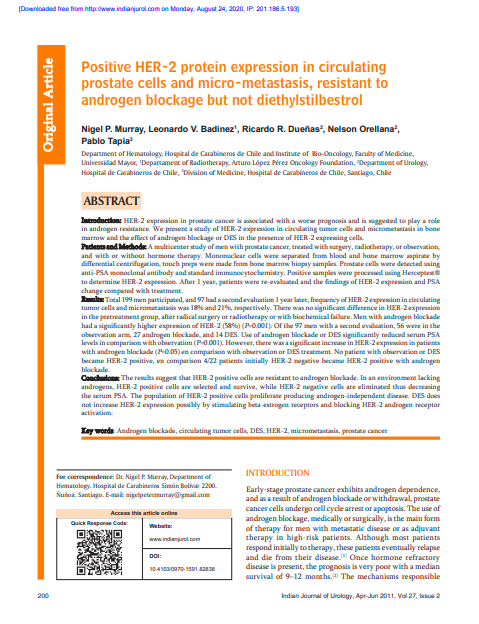