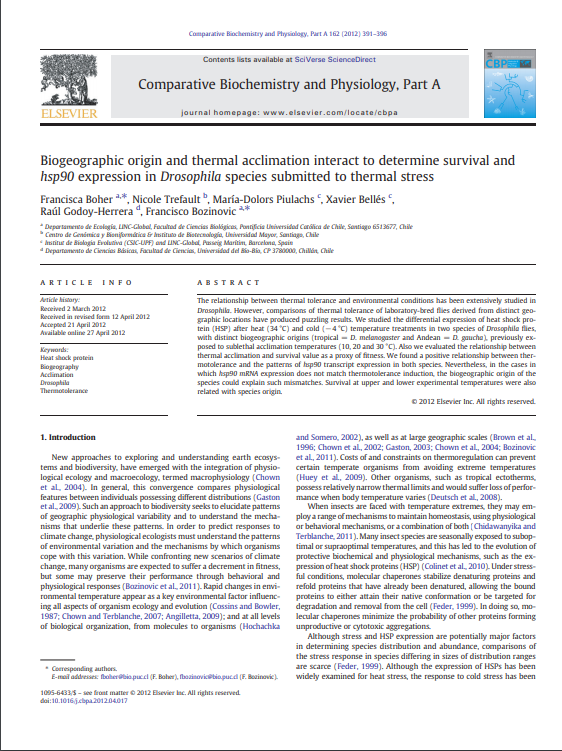 The relationship between thermal tolerance and environmental conditions has been extensively studied in Drosophila. However, comparisons of thermal tolerance of laboratory-bred flies derived from distinct geographic locations have produced puzzling results. We studied the differential expression of heat shock protein (HSP) after heat (34 °C) and cold (− 4 °C) temperature treatments in two species of Drosophila flies, with distinct biogeographic origins (tropical = D. melanogaster and Andean = D. gaucha), previously exposed to sublethal acclimation temperatures (10, 20 and 30 °C). Also we evaluated the relationship between thermal acclimation and survival value as a proxy of fitness. We found a positive relationship between thermotolerance and the patterns of hsp90 transcript expression in both species. Nevertheless, in the cases in which hsp90 mRNA expression does not match thermotolerance induction, the biogeographic origin of the species could explain such mismatches. Survival at upper and lower experimental temperatures were also related with species origin.