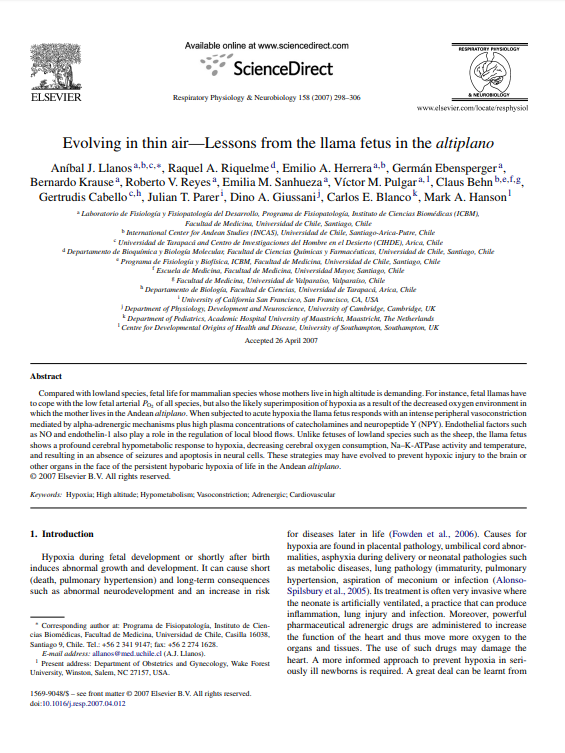 Compared with lowland species, fetal life for mammalian species whose mothers live in high altitude is demanding. For instance, fetal llamas have to cope with the low fetal arterial PO2 of all species, but also the likely superimposition of hypoxia as a result of the decreased oxygen environment in which the mother lives in the Andean altiplano. When subjected to acute hypoxia the llama fetus responds with an intense peripheral vasoconstriction mediated by alpha-adrenergic mechanisms plus high plasma concentrations of catecholamines and neuropeptide Y (NPY). Endothelial factors such as NO and endothelin-1 also play a role in the regulation of local blood flows. Unlike fetuses of lowland species such as the sheep, the llama fetus shows a profound cerebral hypometabolic response to hypoxia, decreasing cerebral oxygen consumption, Na-K-ATPase activity and temperature, and resulting in an absence of seizures and apoptosis in neural cells. These strategies may have evolved to prevent hypoxic injury to the brain or other organs in the face of the persistent hypobaric hypoxia of life in the Andean altiplano.