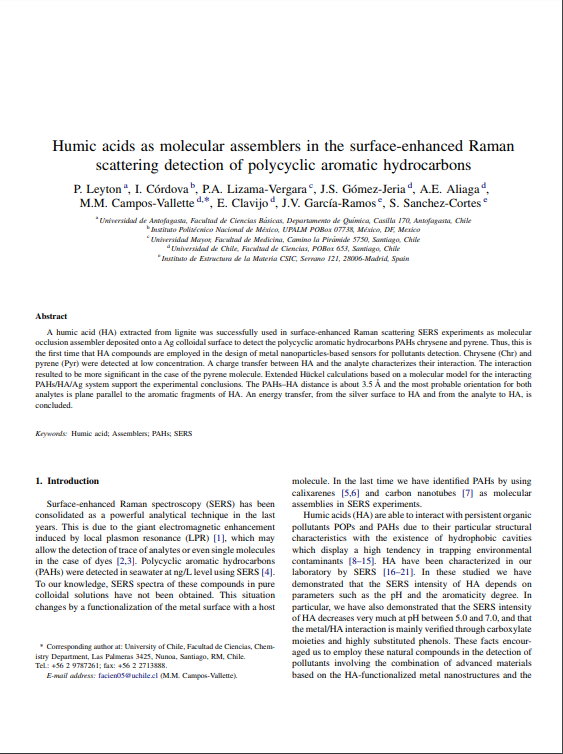 A humic acid (HA) extracted from lignite was successfully used in surface-enhanced Raman scattering SERS experiments as molecular occlusion assembler deposited onto a Ag colloidal surface to detect the polycyclic aromatic hydrocarbons PAHs chrysene and pyrene. Thus, this is the first time that HA compounds are employed in the design of metal nanoparticles-based sensors for pollutants detection. Chrysene (Chr) and pyrene (Pyr) were detected at low concentration. A charge transfer between HA and the analyte characterizes their interaction. The interaction resulted to be more significant in the case of the pyrene molecule. Extended Hückel calculations based on a molecular model for the interacting PAHs/HA/Ag system support the experimental conclusions. The PAHs–HA distance is about 3.5 Å and the most probable orientation for both analytes is plane parallel to the aromatic fragments of HA. An energy transfer, from the silver surface to HA and from the analyte to HA, is concluded.