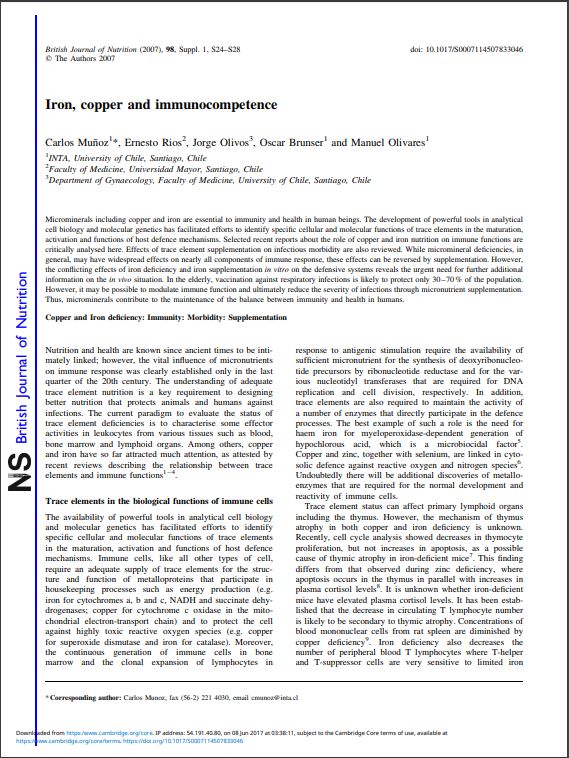 Microminerals including copper and iron are essential to immunity and health in human beings. The development of powerful tools in analytical cell biology and molecular genetics has facilitated efforts to identify specific cellular and molecular functions of trace elements in the maturation, activation and functions of host defence mechanisms. Selected recent reports about the role of copper and iron nutrition on immune functions are critically analysed here. Effects of trace element supplementation on infectious morbidity are also reviewed. While micromineral deficiencies, in general, may have widespread effects on nearly all components of immune response, these effects can be reversed by supplementation. However, the conflicting effects of iron deficiency and iron supplementation in vitro on the defensive systems reveals the urgent need for further additional information on the in vivo situation. In the elderly, vaccination against respiratory infections is likely to protect only 30–70 % of the population. However, it may be possible to modulate immune function and ultimately reduce the severity of infections through micronutrient supplementation. Thus, microminerals contribute to the maintenance of the balance between immunity and health in humans.