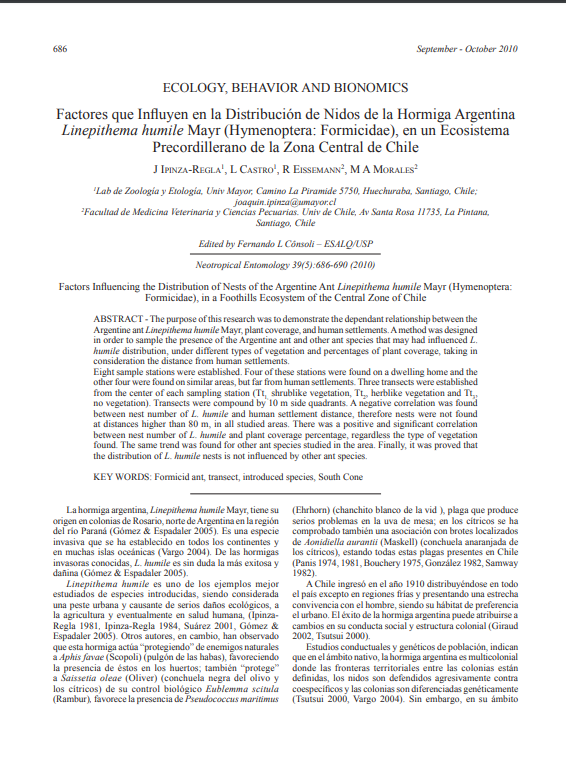 The purpose of this research was to demonstrate the dependant relationship between the Argentine ant Linepithema humile Mayr, plant coverage, and human settlements. A method was designed in order to sample the presence of the Argentine ant and other ant species that may had influenced L. humile distribution, under different types of vegetation and percentages of plant coverage, taking in consideration the distance from human settlements. Eight sample stations were established. Four of these stations were found on a dwelling home and the other four were found on similar areas, but far from human settlements. Three transects were established from the center of each sampling station (Tt1, shrublike vegetation, Tt2, herblike vegetation and Tt3, no vegetation). Transects were compound by 10 m side quadrants. A negative correlation was found between nest number of L. humile and human settlement distance, therefore nests were not found at distances higher than 80 m, in all studied areas. There was a positive and significant correlation between nest number of L. humile and plant coverage percentage, regardless the type of vegetation found. The same trend was found for other ant species studied in the area. Finally, it was proved that the distribution of L. humile nests is not influenced by other ant species.