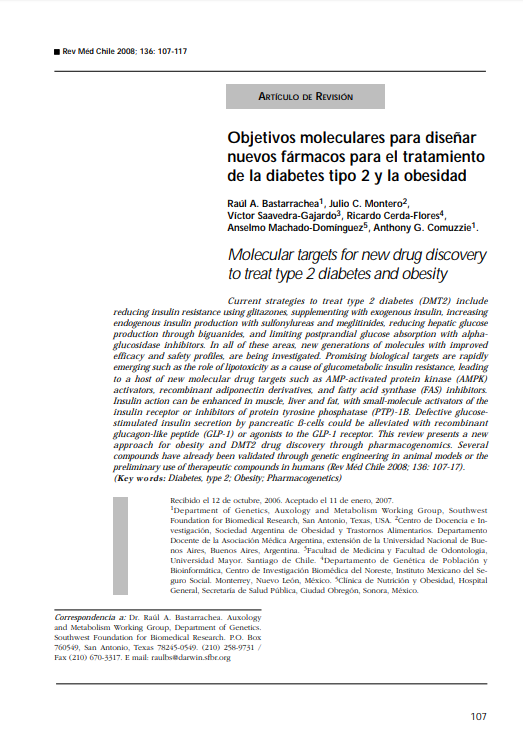 Current strategies to treat type 2 diabetes (DMT2) include reducing insulin resistance using glitazones, supplementing with exogenous insulin, increasing endogenous insulin production with sulfonylureas and meglitinides, reducing hepatic glucose production through biguanides, and limiting postprandial glucose absorption with alpha-glucosidase inhibitors. In all of these areas, new generations of molecules with improved efficacy and safety profiles, are being investigated. Promising biological targets are rapidly emerging such as the role of lipotoxicity as a cause of glucometabolic insulin resistance, leading to a host of new molecular drug targets such as AMP-activated protein kinase (AMPK) activators, recombinant adiponectin derivatives, and fatty acid synthase (FAS) inhibitors. Insulin action can be enhanced in muscle, liver and fat, with small-molecule activators of the insulin receptor or inhibitors of protein tyrosine phosphatase (FTP)-IB. Defective glucose-stimulated insulin secretion by pancreatic B-cells could be alleviated with recombinant glucagon-like peptide (GLP-1) or agonists to the GLP-1 receptor. This review presents a new approach for obesity and DMT2 drug discovery through pharmacogenomics. Several compounds have already been validated through genetic engineering in animal models or the preliminary use of therapeutic compounds in humans.