Correlates of sedentary behaviors in Chile: evidence from the National Health Survey 2009-2010 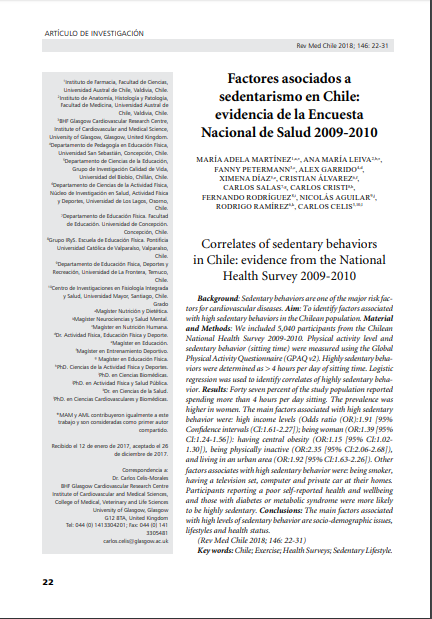