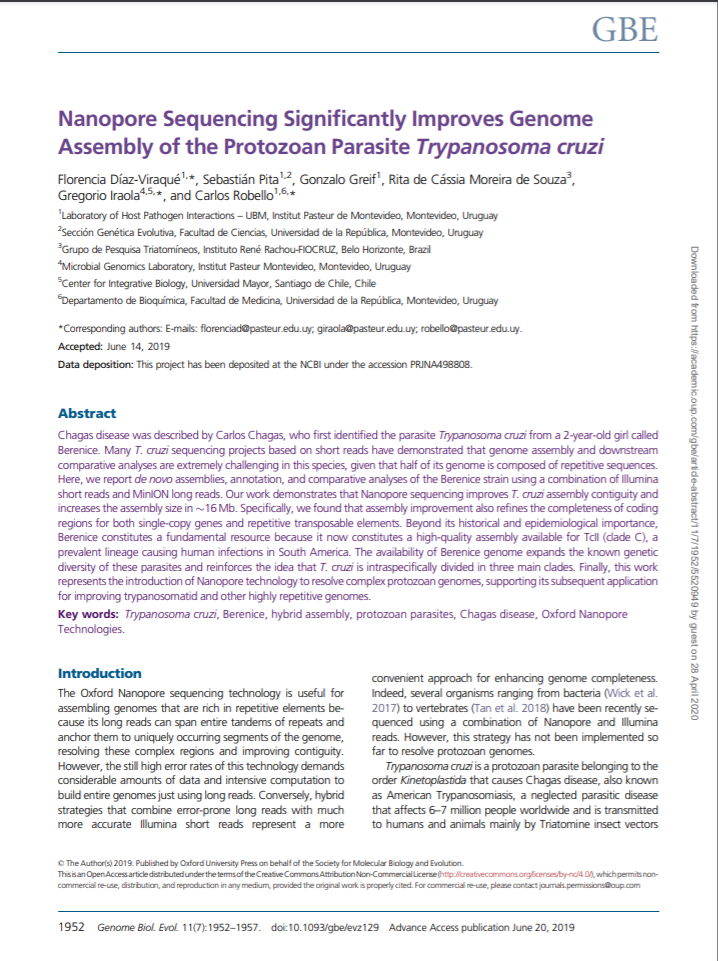 Chagas disease was described by Carlos Chagas, who first identified the parasite Trypanosoma cruzi from a 2-year-old girl called Berenice. Many T. cruzi sequencing projects based on short reads have demonstrated that genome assembly and downstream comparative analyses are extremely challenging in this species, given that half of its genome is composed of repetitive sequences. Here, we report de novo assemblies, annotation, and comparative analyses of the Berenice strain using a combination of Illumina short reads andMinION long reads. Our work demonstrates that Nanopore sequencing improves T. cruzi assembly contiguity and increases the assembly size in similar to 16 Mb. Specifically, we found that assembly improvement also refines the completeness of coding regions for both single-copy genes and repetitive transposable elements. Beyond its historical and epidemiological importance, Berenice constitutes a fundamental resource because it now constitutes a high-quality assembly available for TcII (clade C), a prevalent lineage causing human infections in South America. The availability of Berenice genome expands the known genetic diversity of these parasites and reinforces the idea that T. cruzi is intraspecifically divided in three main clades. Finally, this work represents the introduction of Nanopore technology to resolve complex protozoan genomes, supporting its subsequent application for improving trypanosomatid and other highly repetitive genomes.