Communicating Branches Between the Median and Ulnar Nerves. Proposal for Inclusion in Terminologia Anatomica 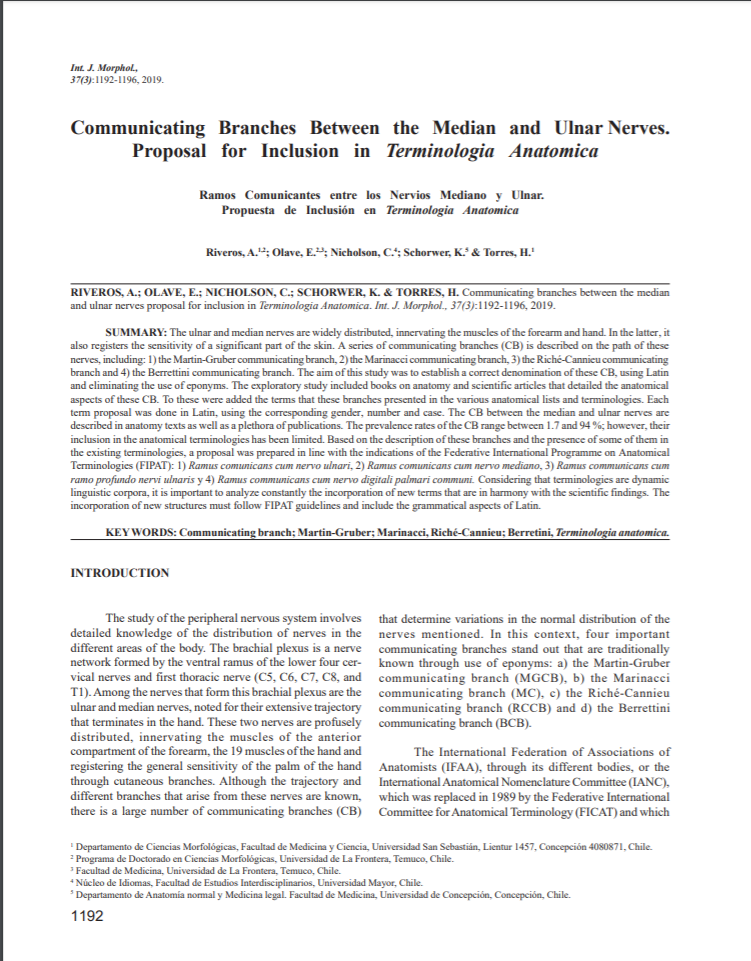