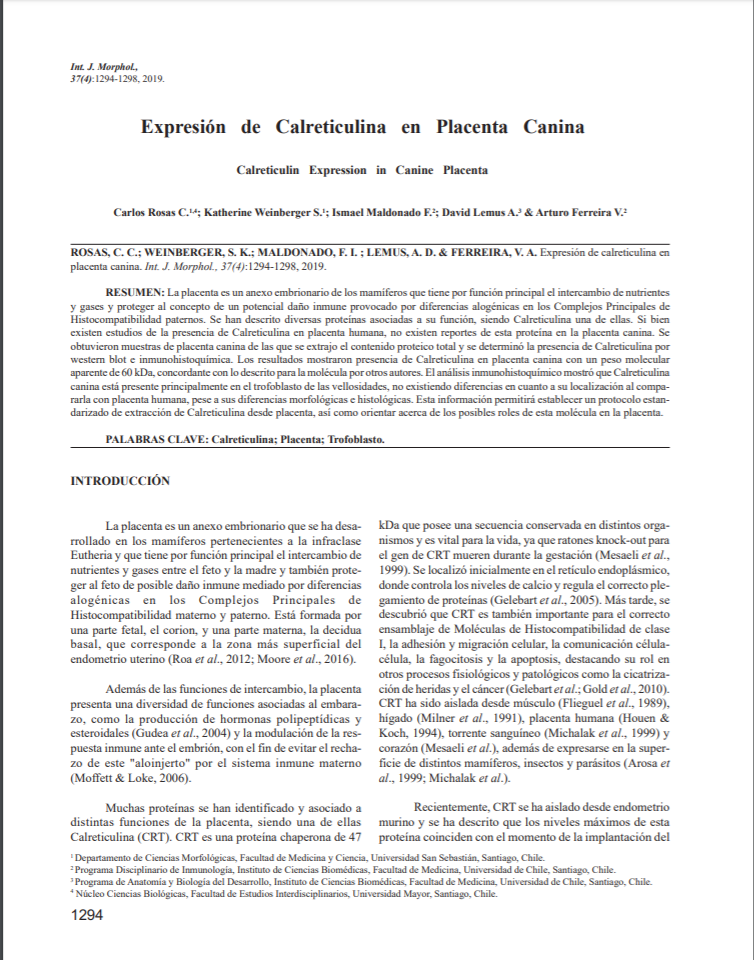 The placenta is an embryonic organ present in mammals, whose main functions are the exchange of nutrients and gases and to protect the fetus from potential immune damage mediated by paternal and maternal allogeneic differences in the Major Histocompatibility Complex. Several proteins associated with its function have been described, being Calreticulin one of them. Although there are studies on the presence of Calreticulin in human placenta, there are no reports of this protein in canine placenta. Samples from canine placenta were obtained, proteins extracted and Calreticulin was subsequently detected by western blot and immunohistochemistry. The results showed the presence of Calreticulin in canine placenta with an apparent molecular weight of 60 kDa, in agreement with the results from other authors. The immunohistochemical analysis showed that canine Calreticulin is present mainly in the trophoblast of the villi, and there is no difference in its localization when compared with a blood-filled placenta such as human one, despite its morphological and histological differences. We also propose a standardized protocol for the extraction of Calreticulin from placenta, given its abundant expression in this organ. Future studies are aimed at elucidating possible roles of this protein in placenta.