Temporal and spatial dynamics of Bacteria, Archaea and protists in equatorial coastal waters 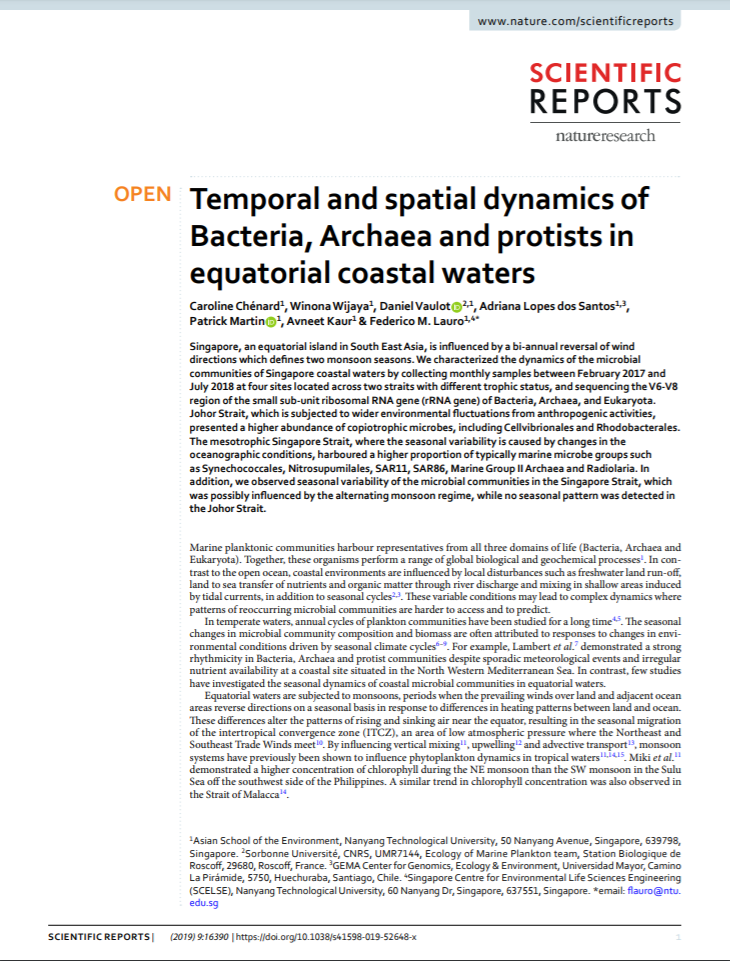 Singapore, an equatorial island in South East Asia, is influenced by a bi-annual reversal of wind directions which defines two monsoon seasons. We characterized the dynamics of the microbial communities of Singapore coastal waters by collecting monthly samples between February 2017 and July 2018 at four sites located across two straits with different trophic status, and sequencing the V6-V8 region of the small sub-unit ribosomal RNA gene (rRNA gene) of Bacteria, Archaea, and Eukaryota. Johor Strait, which is subjected to wider environmental fluctuations from anthropogenic activities, presented a higher abundance of copiotrophic microbes, including Cellvibrionales and Rhodobacterales. The mesotrophic Singapore Strait, where the seasonal variability is caused by changes in the oceanographic conditions, harboured a higher proportion of typically marine microbe groups such as Synechococcales, Nitrosupumilales, SAR11, SAR86, Marine Group II Archaea and Radiolaria. In addition, we observed seasonal variability of the microbial communities in the Singapore Strait, which was possibly influenced by the alternating monsoon regime, while no seasonal pattern was detected in the Johor Strait.