Is neck circumference an appropriate tool to predict cardiovascular risk in clinical practice? A cross-sectional study in Chilean population 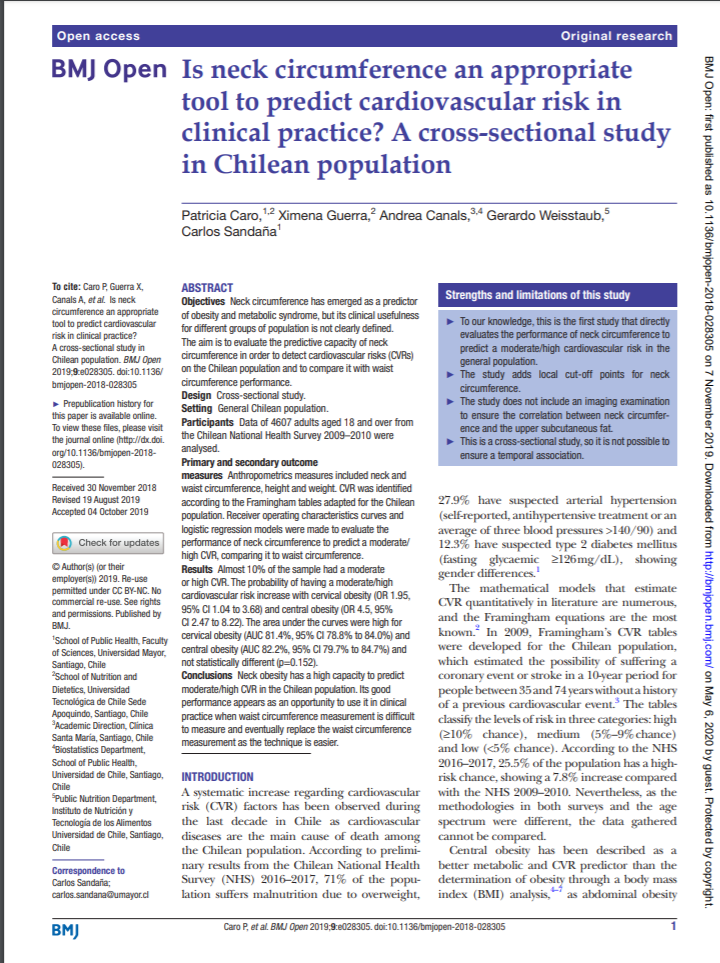