The effect of supplementation with L-arginine and L-citrulline on physical performance: a systematic review 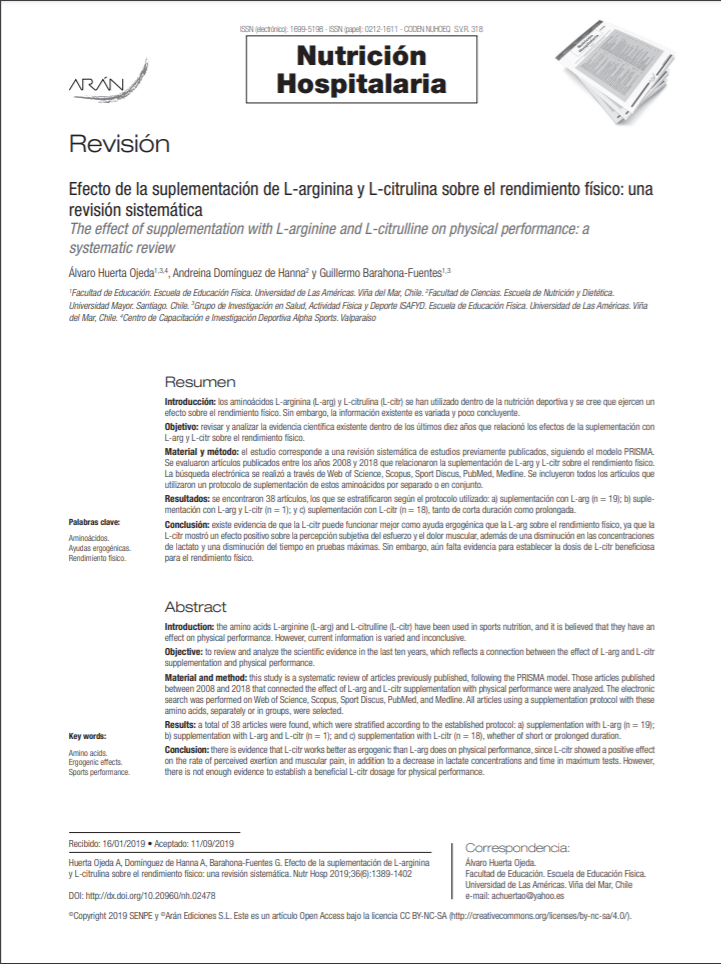