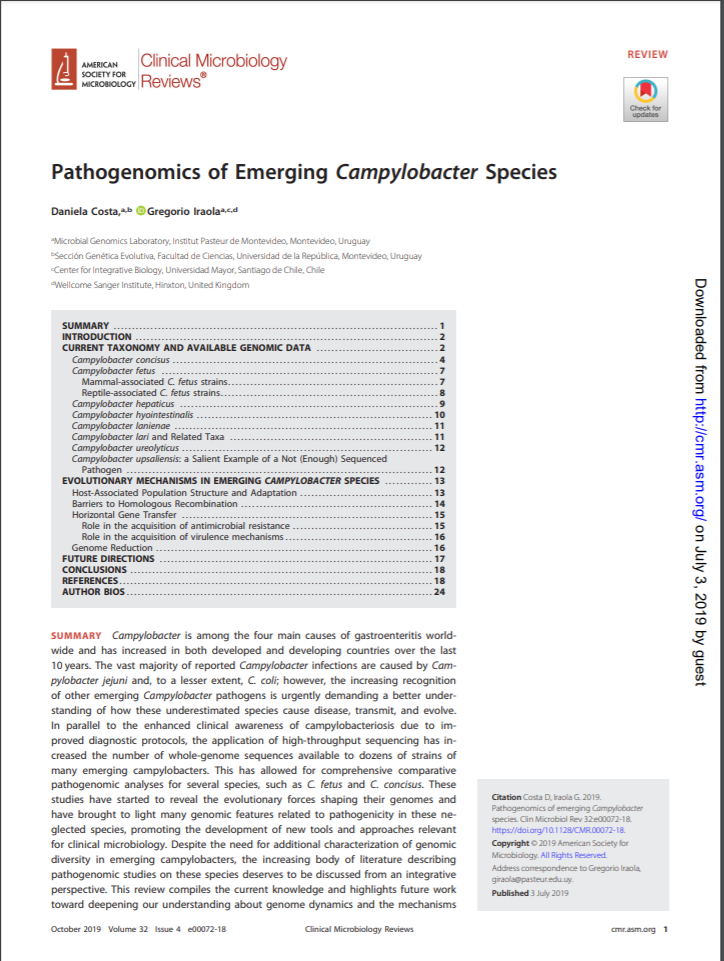 Campylobacter is among the four main causes of gastroenteritis worldwide and has increased in both developed and developing countries over the last 10 years. The vast majority of reported Campylobacter infections are caused by Campylobacter jejuni and, to a lesser extent, C. coil; however, the increasing recognition of other emerging Campylobacter pathogens is urgently demanding a better understanding of how these underestimated species cause disease, transmit, and evolve. In parallel to the enhanced clinical awareness of campylobacteriosis due to improved diagnostic protocols, the application of high-throughput sequencing has increased the number of whole-genome sequences available to dozens of strains of many emerging campylobacters. This has allowed for comprehensive comparative pathogenomic analyses for several species, such as C. fetus and C. concisus. These studies have started to reveal the evolutionary forces shaping their genomes and have brought to light many genomic features related to pathogenicity in these neglected species, promoting the development of new tools and approaches relevant for clinical microbiology. Despite the need for additional characterization of genomic diversity in emerging campylobacters, the increasing body of literature describing pathogenomic studies on these species deserves to be discussed from an integrative perspective. This review compiles the current knowledge and highlights future work toward deepening our understanding about genome dynamics and the mechanisms governing the evolution of pathogenicity in emerging Campylobacter species, which is urgently needed to develop strategies to prevent or control the spread of these pathogens.