A Comparison of Energy Efficiency Certification in Housing: A Study of the Chilean and Spanish Cases 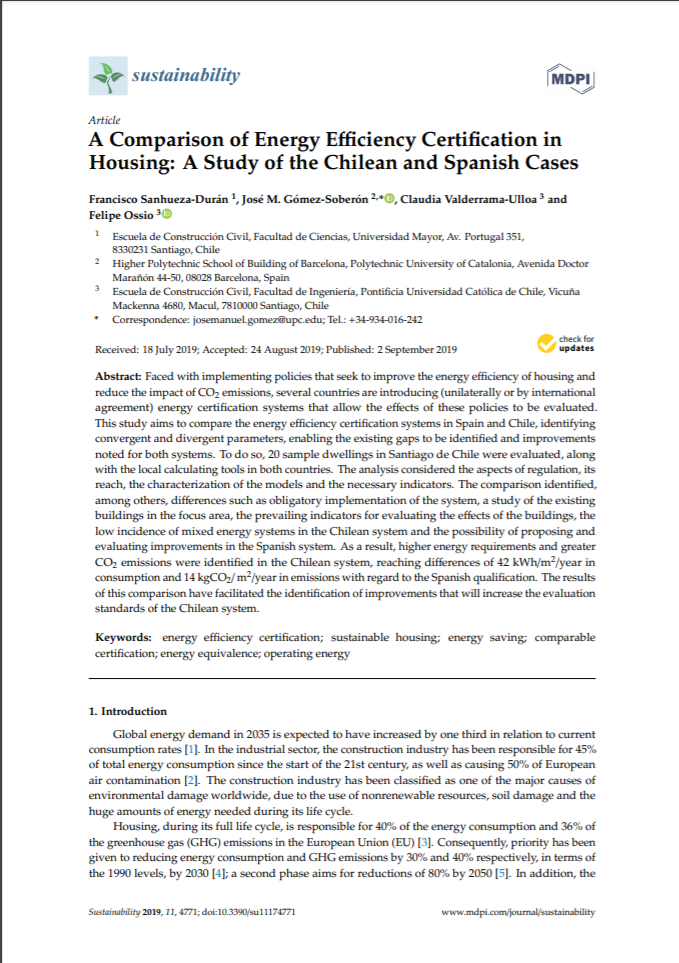 Faced with implementing policies that seek to improve the energy efficiency of housing and reduce the impact of CO2 emissions, several countries are introducing (unilaterally or by international agreement) energy certification systems that allow the effects of these policies to be evaluated. This study aims to compare the energy efficiency certification systems in Spain and Chile, identifying convergent and divergent parameters, enabling the existing gaps to be identified and improvements noted for both systems. To do so, 20 sample dwellings in Santiago de Chile were evaluated, along with the local calculating tools in both countries. The analysis considered the aspects of regulation, its reach, the characterization of the models and the necessary indicators. The comparison identified, among others, differences such as obligatory implementation of the system, a study of the existing buildings in the focus area, the prevailing indicators for evaluating the effects of the buildings, the low incidence of mixed energy systems in the Chilean system and the possibility of proposing and evaluating improvements in the Spanish system. As a result, higher energy requirements and greater CO2 emissions were identified in the Chilean system, reaching differences of 42 kWh/m(2)/year in consumption and 14 kgCO(2)/ m(2)/year in emissions with regard to the Spanish qualification. The results of this comparison have facilitated the identification of improvements that will increase the evaluation standards of the Chilean system.