Temporal variation in the influence of forest succession on caterpillar communities: A long-term study in a tropical dry forest 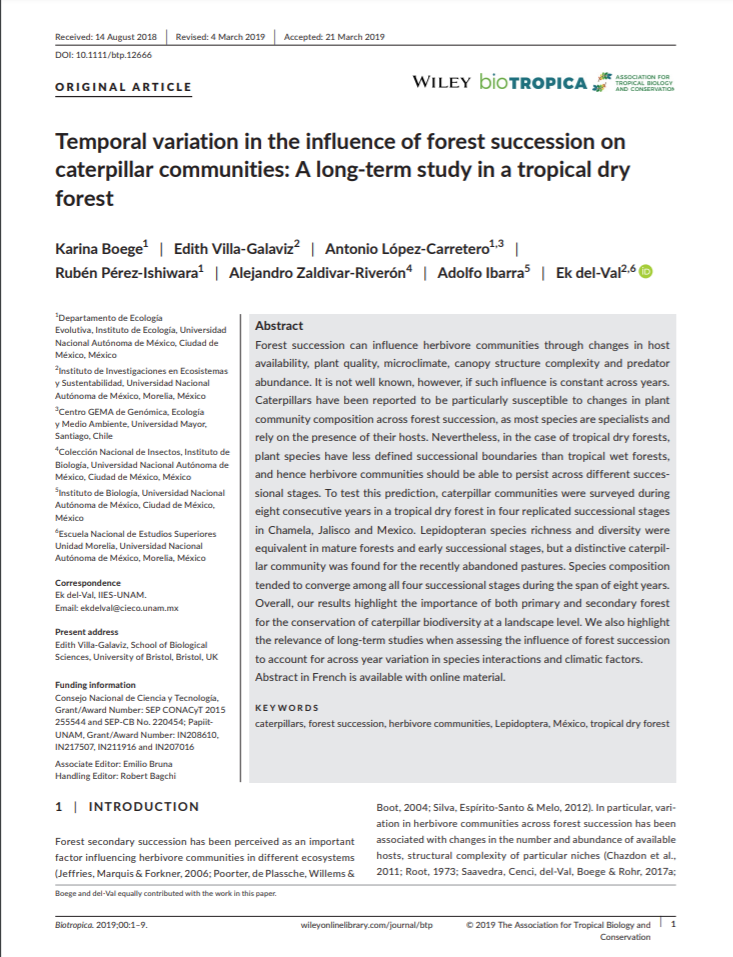 Forest succession can influence herbivore communities through changes in host availability, plant quality, microclimate, canopy structure complexity and predator abundance. It is not well known, however, if such influence is constant across years. Caterpillars have been reported to be particularly susceptible to changes in plant community composition across forest succession, as most species are specialists and rely on the presence of their hosts. Nevertheless, in the case of tropical dry forests, plant species have less defined successional boundaries than tropical wet forests, and hence herbivore communities should be able to persist across different successional stages. To test this prediction, caterpillar communities were surveyed during eight consecutive years in a tropical dry forest in four replicated successional stages in Chamela, Jalisco and Mexico. Lepidopteran species richness and diversity were equivalent in mature forests and early successional stages, but a distinctive caterpillar community was found for the recently abandoned pastures. Species composition tended to converge among all four successional stages during the span of eight years. Overall, our results highlight the importance of both primary and secondary forest for the conservation of caterpillar biodiversity at a landscape level. We also highlight the relevance of long-term studies when assessing the influence of forest succession to account for across year variation in species interactions and climatic factors. in French is available with online material.