The form of government in modern Chile: a case of balanced latin-american presidentialism 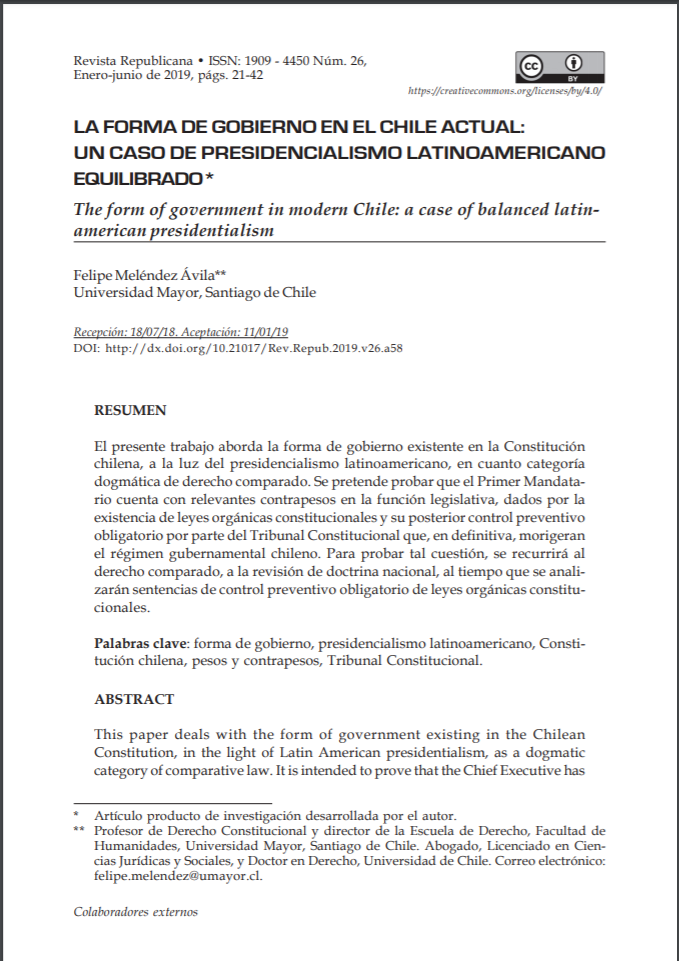 This paper deals with the form of government existing in the Chilean Constitution, in the light of Latin American presidentialism, as a dogmatic category of comparative law. It is intended to prove that the Chief Executive has significant counterweights in the legislative function, given by the existence of constitutional organic laws and their subsequent mandatory preventive control by the Constitutional Court that, in short, will moderate the Chilean government regime. To prove such a question, we will resort to comparative law, to the revision of national doctrine, while we will analyze judgments of mandatory preventive control of constitutional organic laws.