On the proportional abundance of species: Integrating population genetics and community ecology 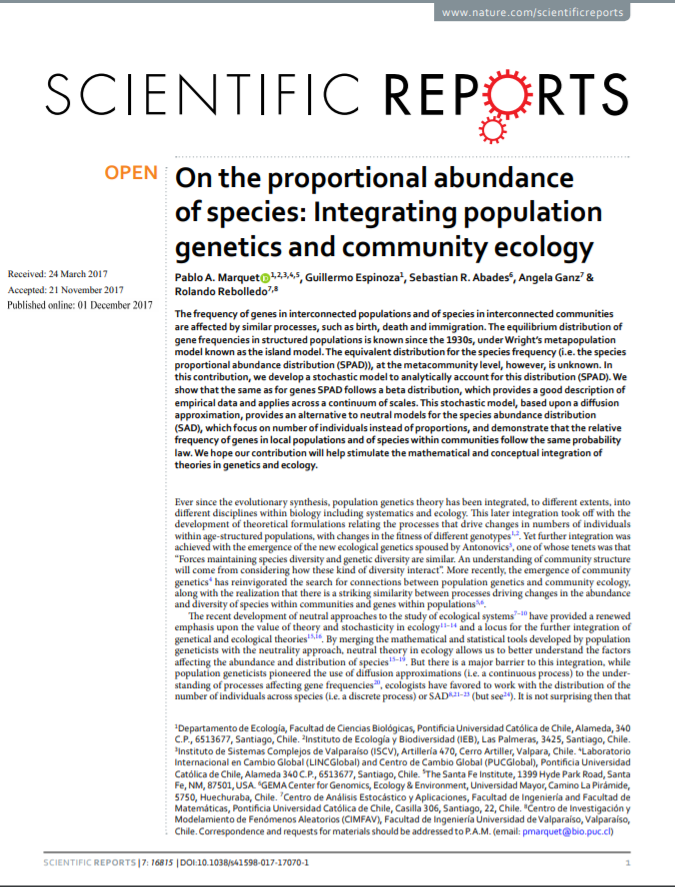 The frequency of genes in interconnected populations and of species in interconnected communities are affected by similar processes, such as birth, death and immigration. The equilibrium distribution of gene frequencies in structured populations is known since the 1930s, under Wright's metapopulation model known as the island model. The equivalent distribution for the species frequency (i.e. the species proportional abundance distribution (SPAD)), at the metacommunity level, however, is unknown. In this contribution, we develop a stochastic model to analytically account for this distribution (SPAD). We show that the same as for genes SPAD follows a beta distribution, which provides a good description of empirical data and applies across a continuum of scales. This stochastic model, based upon a diffusion approximation, provides an alternative to neutral models for the species abundance distribution (SAD), which focus on number of individuals instead of proportions, and demonstrate that the relative frequency of genes in local populations and of species within communities follow the same probability law. We hope our contribution will help stimulate the mathematical and conceptual integration of theories in genetics and ecology.