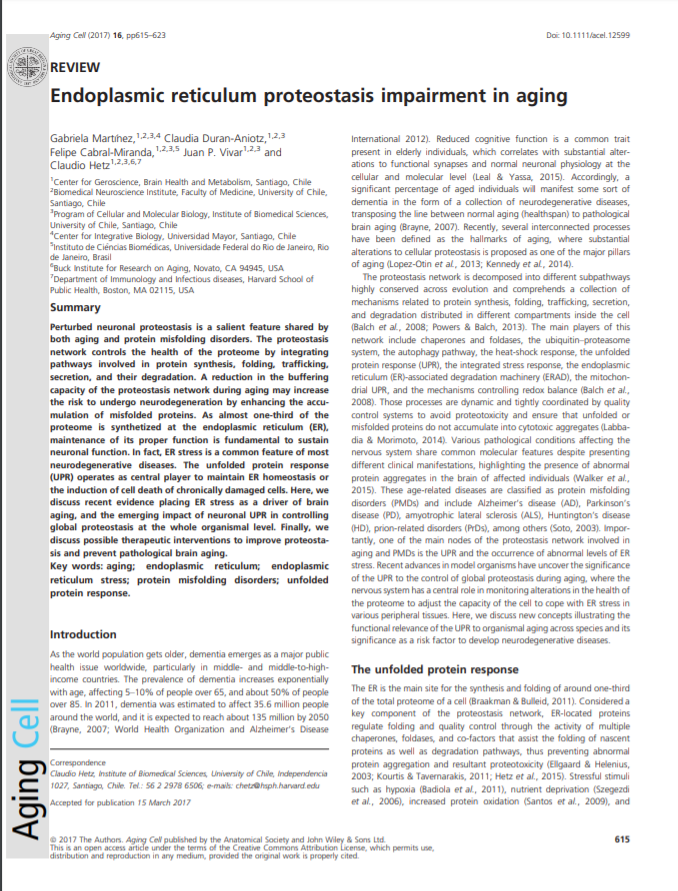 Perturbed neuronal proteostasis is a salient feature shared by both aging and protein misfolding disorders. The proteostasis network controls the health of the proteome by integrating pathways involved in protein synthesis, folding, trafficking, secretion, and their degradation. A reduction in the buffering capacity of the proteostasis network during aging may increase the risk to undergo neurodegeneration by enhancing the accumulation of misfolded proteins. As almost one-third of the proteome is synthetized at the endoplasmic reticulum (ER), maintenance of its proper function is fundamental to sustain neuronal function. In fact, ER stress is a common feature of most neurodegenerative diseases. The unfolded protein response (UPR) operates as central player to maintain ER homeostasis or the induction of cell death of chronically damaged cells. Here, we discuss recent evidence placing ER stress as a driver of brain aging, and the emerging impact of neuronal UPR in controlling global proteostasis at the whole organismal level. Finally, we discuss possible therapeutic interventions to improve proteostasis and prevent pathological brain aging.