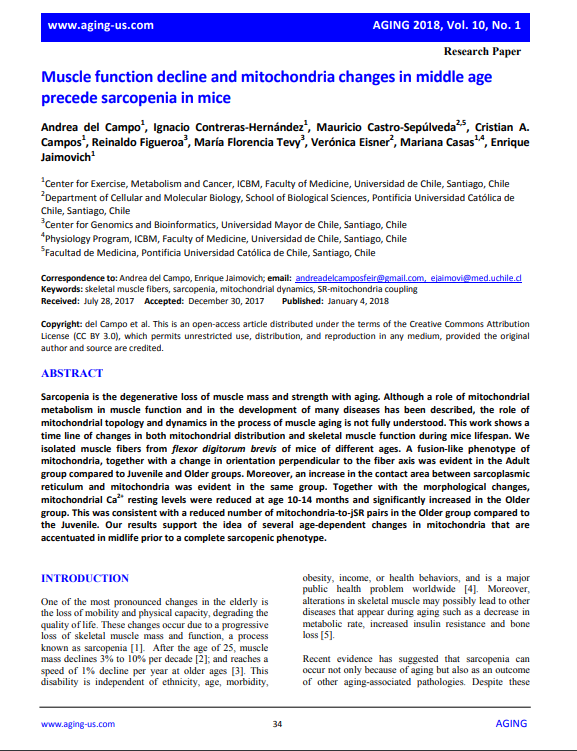 Sarcopenia is the degenerative loss of muscle mass and strength with aging. Although a role of mitochondrial metabolism in muscle function and in the development of many diseases has been described, the role of mitochondrial topology and dynamics in the process of muscle aging is not fully understood. This work shows a time line of changes in both mitochondrial distribution and skeletal muscle function during mice lifespan. We isolated muscle fibers from flexor digitorum brevis of mice of different ages. A fusion-like phenotype of mitochondria, together with a change in orientation perpendicular to the fiber axis was evident in the Adult group compared to Juvenile and Older groups. Moreover, an increase in the contact area between sarcoplasmic reticulum and mitochondria was evident in the same group. Together with the morphological changes, mitochondrial Ca2+ resting levels were reduced at age 10-14 months and significantly increased in the Older group. This was consistent with a reduced number of mitochondria-to-jSR pairs in the Older group compared to the Juvenile. Our results support the idea of several age-dependent changes in mitochondria that are accentuated in midlife prior to a complete sarcopenic phenotype.