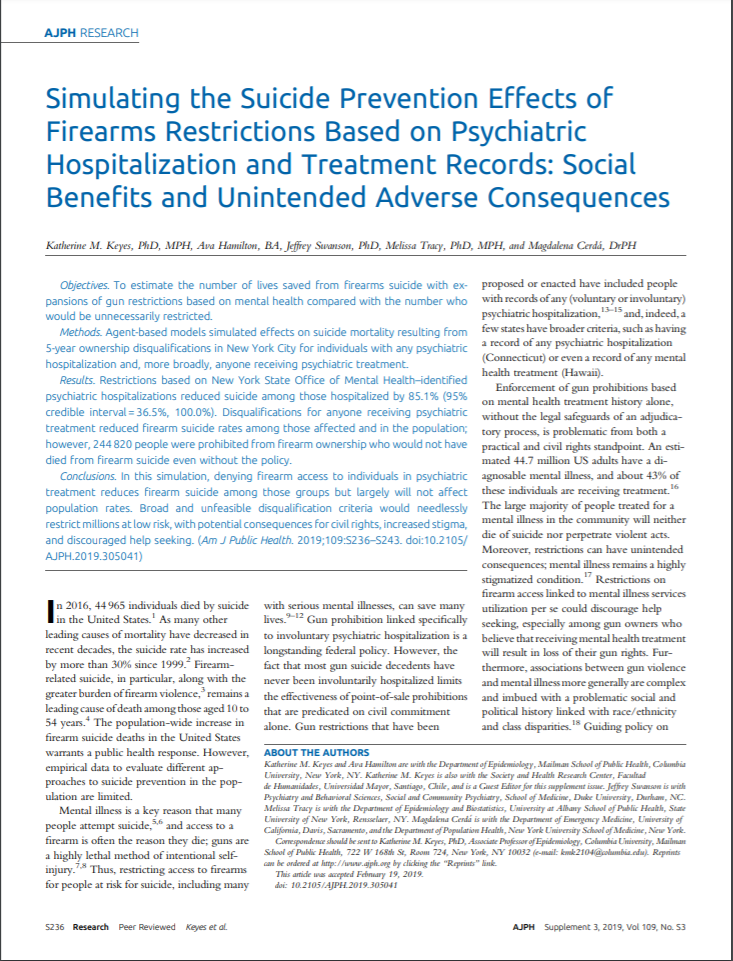 Objectives. To estimate We number or lives saved From Firearms suicide with expansions of gun restrictions based on mental health compared with the number who would be unnecessarily restricted. Methods. Agent-based models simulated effects on suicide mortality resulting From 5-year ownership disqualifications in New York City For individuals with any psychiatric hospitalization and, more broadly, anyone receiving psychiatric treatment. Results. Restrictions based on New York State Office of Mental Health-identified psychiatric hospitalizations reduced suicide among those hospitalized by 851% (95% credible interval = 36,5%, 100.0%). Disqualifications For anyone receiving psychiatric treatment reduced Firearm suicide rates among those affected and in the population; however, 244 820 people were prohibited From Firearm ownership who would not have died From Firearm suicide even without the policy. Conclusions. In this simulation, denying Firearm access to individuals in psychiatric treatment reduces firearm suicide among those groups but largely will not affect population rates. Broad and unfeasible disqualification criteria would needlessly restrict millions at low risk, with potential consequences For civil rights, increased stigma, and discouraged help seeking.