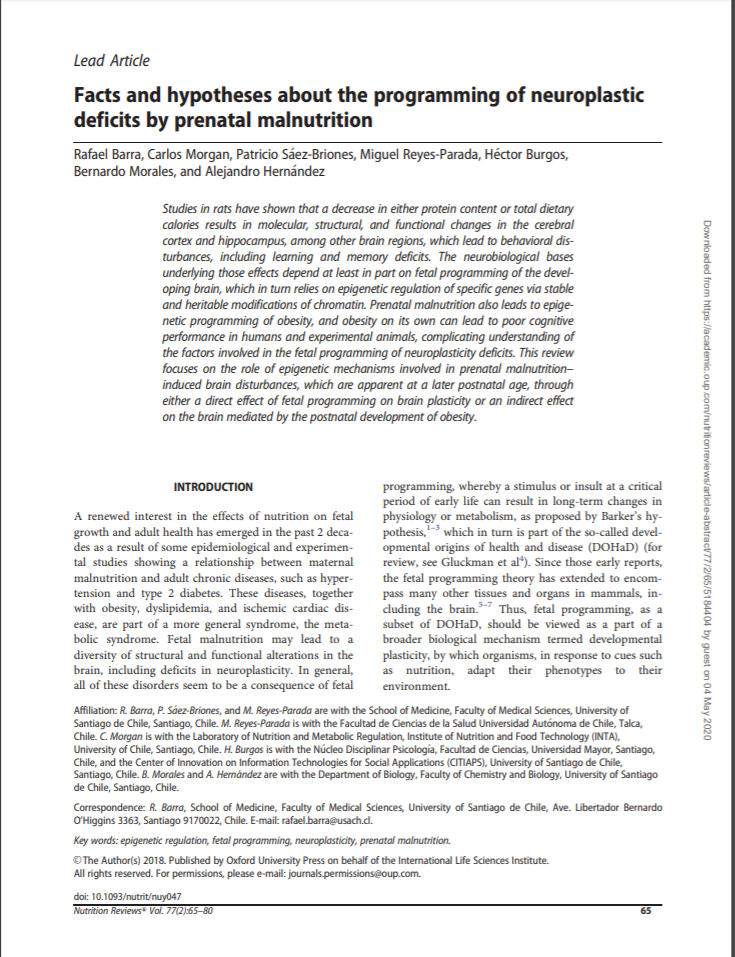 Studies in rats have shown that a decrease in either protein content or total dietary calories results in molecular, structural, and functional changes in the cerebral cortex and hippocampus, among other brain regions, which lead to behavioral disturbances, including learning and memory deficits. The neurobiological bases underlying those effects depend at least in part on fetal programming of the developing brain, which in turn relies on epigenetic regulation of specific genes via stable and heritable modifications of chromatin. Prenatal malnutrition also leads to epigenetic programming of obesity, and obesity on its own can lead to poor cognitive performance in humans and experimental animals, complicating understanding of the factors involved in the fetal programming of neuroplasticity deficits. This review focuses on the role of epigenetic mechanisms involved in prenatal malnutrition-induced brain disturbances, which are apparent at a later postnatal age, through either a direct effect of fetal programming on brain plasticity or an indirect effect on the brain mediated by the postnatal development of obesity.